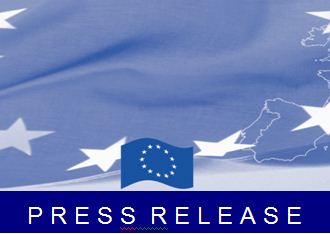 Eight SEENPM members, together with the umbrella organization, are implementing the South-East EuropeanPartnership for Media Development Project, which supports the development of independent and accountable media in the Western Balkans (December 2013 – November 2017)

The Center for Independent Journalism (Romania)is the international coordinator of this project aimed to improve the ability of media organisations to address working conditions and education level of journalists, broaden their knowledge and skills, as well as to improve their attitude with respect to advocacy and media literacy. The project also aims to inform and generate educated public debates on freedom of expression in general, and media freedom in particular, to broaden the stakeholders’ and civic support for media sector reform processes.

SEE Partnership for Media Development is implemented by a consortium of media organizations from Albania, Bosnia-Herzegovina, Macedonia, Montenegro, Serbia, Bulgaria, Romania.  Media professionals from Kosovo and Turkey will also be involved. The project addresses three topics: labour conditions for journalists, media education (both for journalists and the public) and freedom of expression at large.

“The labour situation appears to be one  of the most sensitive and difficult problems, as the media environment is evolving and the business models are changing as well. The partnership is aimed at bringing new stakeholders to the public debate related to media freedom and independence and at creating synergies between the media organizations and these stakeholders (trade unions, freedom of expression groups, teachers, parents, state actors, etc)”, stated Ioana Avădani, Executive Director of The Center for Independent Journalism (Romania) and project coordinator of the SEE Partnership for Media Development.

The project’s activities include: research meant to identify the “issues” to besolved in each IPA country; training – aimed to offer to the participants the necessary knowledge, skills and attitudes in order to further involve in advocacy actions; advocacy actions carried on in line with the most important directions established within the national workshops;  analysis, comparison and homogenization of action among the 5 IPA countries involved. For this, regional policy recommendation papers will be drafted and made public; bringing the hot issues to a European level, via advocacy actions in Brussels.

This  document has been produced with the financial assistance of the European Union. The contents are the sole responsibility of the Center for Independent Journalism and can under no circumstances be regarded as reflecting the position of the EU